John Mackie is the nephew of the late great Ken Oliver who responsible for stimulating his interest in racing. John rode as an amateur jockey whilst working for Toby Balding and later for Ken Oliver in the Scottish Borders.

John then moved back South and ended up working for Ian Balding at Kingsclere in the days of Glint of Gold, Mrs Penny, Robellino and many more good horses.

John started his training career in 1985 at Malton in Musley Bank stables (currently occupied by Richard Fahey) but it was not long until John moved to his current stables at Barton Blount, Church Broughton. John is extremely lucky to have a fantastic environment to train horses from including 35 acres of turn out paddocks and acres of parkland to allow his team to get the best out of their horses.

John is married to Mary, who was a champion point to point rider before breaking her back in a fall at Bogside.

Since 2015 John has amounted £481,287.00 in prize money across both National Hunt & Flat codes. John trains our very own Turanga Leela to win on her debut for him at Wolverhampton returning at odds of 25-1 in January 2019.

John and Mary Mackie on the Gallops at Barton Blount Derbyshire 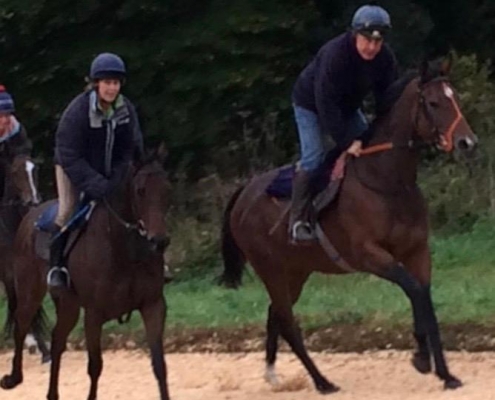 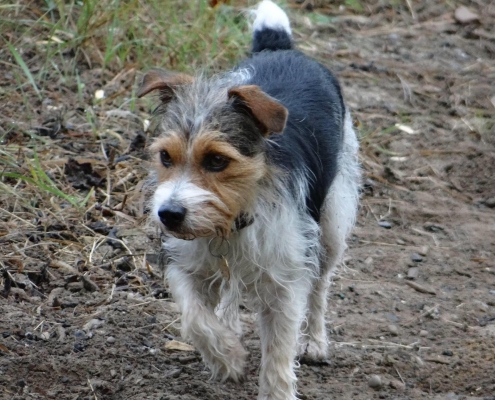