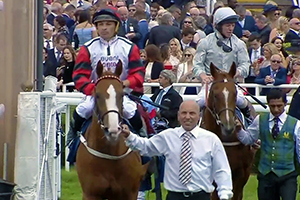 Turanga Leela was claimed as a 2 year old following a win at Lingfield in July 2016 and has since proved to be a resounding success for Eventmasters Racing. In fact in her very first run for us she won a nice Chester handicap under Champion jockey Silvester De Sousa. She has achieved a highest BHA rating of 84 and has won a total of 6 races including turf and all weather. Her preference is for tight left handed turning tracks she has been successful over both 5 & 6 furlongs and runs particularly well at both Chester and Wolverhampton. We are hopeful that we may be able to get a win into her over 7 furlongs.

The plan was to put her in foal in 2020 as she has an interesting outcross. Her 1st dam is by the Japanese superstar Deep Impact out of a Chilean Classic winner, however, we have placed those plans on hold due to the Covid-19 outbreak. Subject to a return to racing we will look to campaign her again this Summer at Wolverhampton and if the opportunity presents itself at Chester.