Nicky Henderson is without doubt one of the biggest and most recognizable names in horse racing, coming from a family of racing royalty. The Lambourn Jump trainer has saddled over 2,000 winners in his career including a staggering 68 at the Cheltenham Festival. The 2020 Festival saw more success for the trainer with four winners, three of which include the Supreme Novices Hurdle, The Champion Hurdle and The RSA Chase. Nicky has been British Jump Racing Champion Trainer on six occasions, regaining his crown in 2019/20 after he lost it to Paul Nicholls.

Henderson has handled some of the biggest names in the history of National Hunt racing, such as triple Champion Hurdle winner See You Then, dual-Queen Mother Champion Chase winner Sprinter Sacre – one of the greatest National Hunt horses of all-time, and the formidable Altior, who has won at four Cheltenham Festivals. Altior holds the record for the longest winning streak in National Hunt racing history, with 19 wins, surpassing the formidable staying hurdler Big Bucks.

Nicky has enjoyed another fantastic season in 2019/20, albeit cut short due to the Pandemic. The Seven Barrows team amounted £2,533,862 in prize money. Of these, 15 were graded victories, including Epatante in the Unibet Champion Hurdle Challenge Trophy at the Cheltenham Festival, which gave Nicky a record eighth win in the race.

The 2019/20 season has provided the Champion Trainer with two stars for next season. The Supreme Novices Hurdle winner Shishkin is being compared to the likes of Altior and is set to be a star of the future for the yard. Along with RSA Chase winner, the aptly named Champ (after Sir Anthony McCoy), who will be targeted at the Cheltenham Gold Cup in 2021. Let’s not forget Nicky also saddled the second in the blue ribband event in 2019 with Santini, who will be a live chance to go one better in 2021. 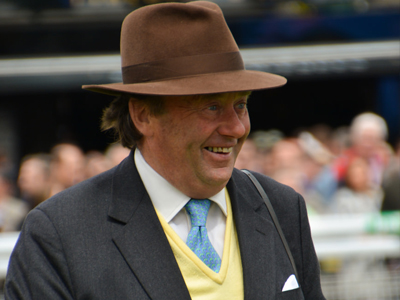